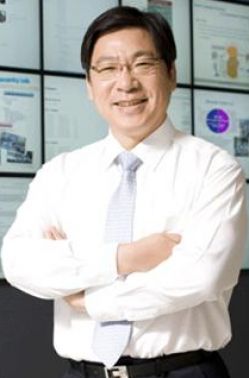 Dr. Key-Sun Choi, the Founder and Director of Semantic Web Research Center (SWRC) since 2006, is a full professor of Computer Science as well as a joint professor of Division of Web Science and Technology, Department of Knowledge Service Engineering and Graduate School of Information Security at KAIST. Ever since he first started teaching and researching at KAIST in 1988, Prof. Choi has been making great continuous contributions mainly to the study of natural language processing, semantic web, linked data, ontology and knowledge engineering, question answering, text analytics and so on, both at national and international level. In 1998, he and his fellow researchers, in collaboration with the National Institute of the Korean Language and Infoterm, have founded KORTERM, a terminology research center for language and knowledge engineering. His group has published CoreNet as well, a Korean-Japanese-Chinese WordNet with predicate-argument structures studied from the same point of time with when the Princeton WordNet Project was started, and now it is in progress of making it publicly available under the name of “Open Korean WordNet”. In addition to this, KAIST Treebank developed by Prof. Choi’s group has been the first for Korean and is still being used worldwide for the shared task of dependency parsing of morphologically-rich languages. Moreover, his team has also pursued Korean Open NLP and maintained Korean DBpedia (http://ko.dbpedia.org). Having acknowledged and credited for all his almost 30 years of efforts and hard work, for example, Prof. Choi has been appointed and served as the President of KSCS (Korean Society for Cognitive Science) in 2006, the President of AFNLP (Asian Federation of Natural Language Processing) between 2009 and 2010, the Head of KAIST’s Department of Computer Science for the period from 2006 through 2011, and the Director of AAMT (Asia-Pacific Association for Machine Translation) from 2000 till present. Most recently in 2014, Prof. Choi has also been awarded the Eugen Wüster Prize for his life-long international achievements in the field of terminology science as the Secretary of ISO/TC37/SC4 for language resource management and the Vice-President of Infoterm since 2002. Moreover, Prof. Choi has also been awarded the International Cooperation Award for his contribution in commemoration of the 47th KAIST's foundation day. Major ongoing projects of Prof. Choi’s current research interests include “Exobrain WiseKB” focusing on the construction of wise knowledge base and question-answering platform, "Bio & Medical Informatics, PACS" focusing on the knowledge acquisition on biomedical domain, "Eurostar" (Korean-Europe joint research project) focusing on the question-answering on mobile device, and "VTT" focusing on the edmotional intelligence.