[Prof. Key­Sun Choi] At the closing ceremony of the International Conference in Terminology and Knowledge Engineering (TKE) 2014 hosted by the German Institute for Standardization in Berlin, Germany, Professor Key-Sun Choi of Department of Computer Science and Korea Terminology Research Center for Language and Knowledge Engineering (KORTERM) at KAIST has been awarded the Eugen Wüster Prize for his long-time international achievements in the field of terminology science as the Secretary of ISO/TC37/SC4 for language resource management and the Vice-President of Infoterm since 2002.

The Prize named in honour of Eugen Wüster (1898-1977), commonly known as the “Father of Terminology Science”, is being awarded every three years from 1997, to recognize scholars of outstanding achievements in the field of terminology science and other related studies. So far, a total number of 10 scholars around the world, including Prof. Choi, have received the Award. 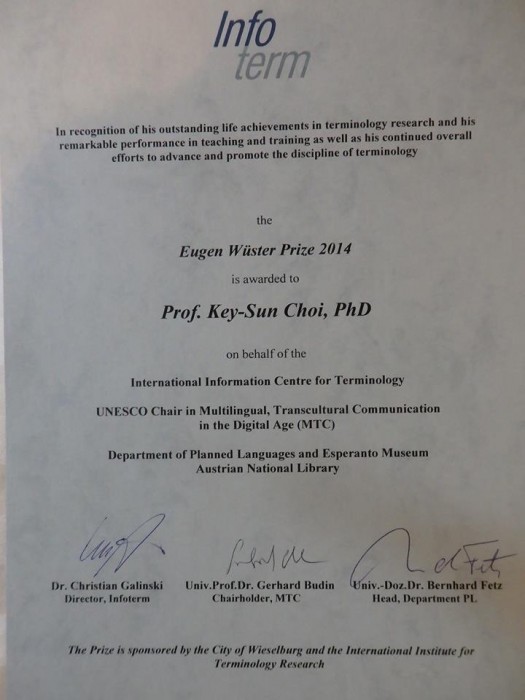 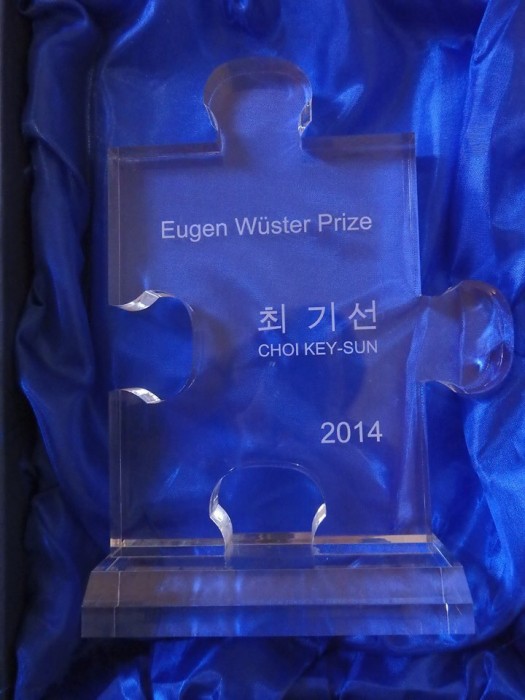